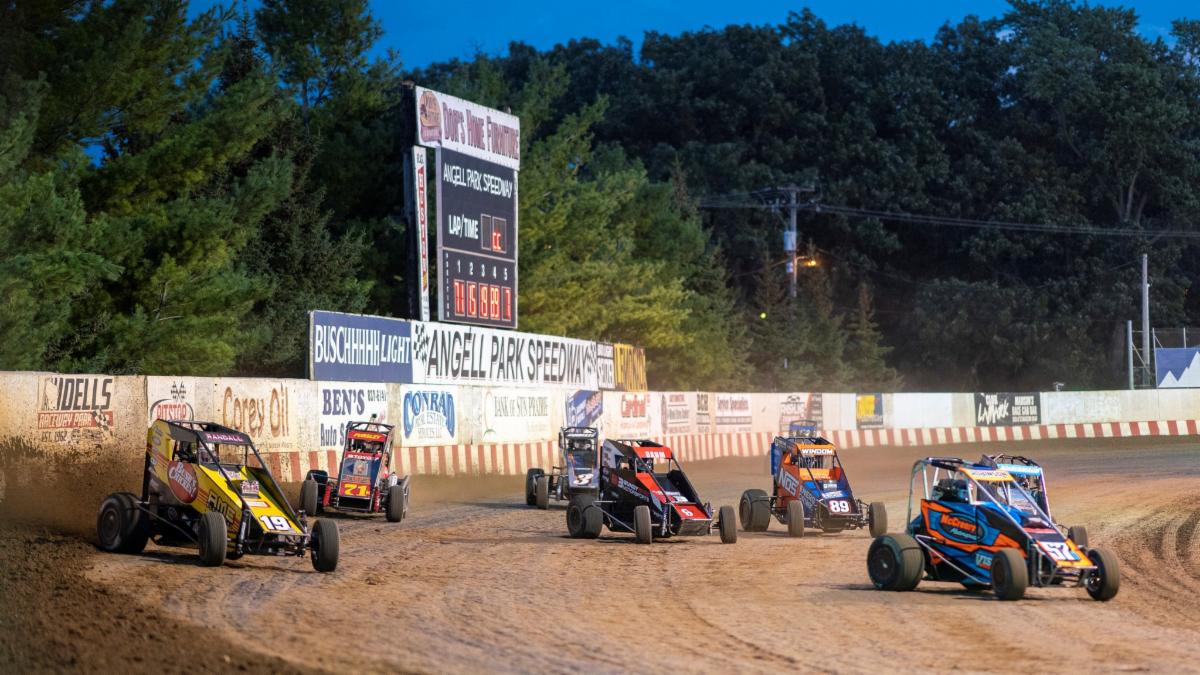 On Labor Day weekend, many individuals (and trailers) have made the voyage from one place to another, and vice versa, for generations.

Both places entail legendary racetracks separated by a good deal of windshield time on the highway. Both are traditional Labor Day weekend stops. Both are on tap for USAC Racing this weekend.

The USAC Silver Crown National Championship makes a stop at the Du Quoin State Fairgrounds on Saturday night, September 3, for the 68th running of the Ted Horn 100 Presented By MiteXstream.

Less than 24-hours later, the USAC Midget National Championship finds itself at Wisconsin’s Angell Park Speedway for the 38th running of the Firemen’s Nationals on Sunday night, September 4.

They’re two longstanding races with spectacular traditions, and while the USAC crew will be saddled up for the ride to both venues, there are three drivers also planning to compete in both: Justin Grant, Buddy Kofoid and Logan Seavey, all three USAC national champions in their own right.

While Badger Midgets have traditionally held the Sunday night summer slot at Angell Park, USAC has frequented the 1/3-mile on 47 occasions, a number of them on Labor Day weekend in conjunction with the USAC Silver Crown event down south at Du Quoin a day later.

Often times, including as recently as 2021, the ride was long, and the night was short, with Angell Park on Sunday night and Du Quoin on Monday afternoon. This weekend, however, the roles are reversed with Du Quoin leading off on Saturday and Angell Park on deck for Sunday, both under the lights.

Some of the most versatile drivers in the sport have taken part in both events within the same weekend under USAC sanction dating back to 1986. That year, three drivers took in both experiences: Tom Bigelow (4th Silver Crown & 9th Midget), Kevin Koch (3rd Midget & 29th Silver Crown) and Rich Vogler (7th Midget & 26th Silver Crown).

Dean Billings tried his hand at the Angell Park/Du Quoin double in 1988 with a 6th in the midget and 25th in the following day’s champ car 100-miler.

The 1990 weekend saw three new contenders jump at the chance with all three amigos performing better in the midget than in the crown car, but not by much – Russ Gamester (7th Midget, 31st Crown), Stan Fox (14th Midget & 25th crown) and Jeff Gordon (19th Midget & 30th Crown).

It should be noted, however, that Gordon’s 19th place midget finish may look ho-hum on paper, but it proved to be one of his finest performances, even though it was one of the very few he failed to win during his 1990 championships season. Early on in the night, he got upside down during the trophy dash and was forced into Rollie Helmling’s backup car. Relegated to start at the tail, Gordon charged from 13th to 1st in the D-Main, 14th to 1st in the C-Main and 18th to 2nd in the semi. He blew an engine in the feature after only six laps, which abruptly ended his memorable alphabet soup run.

In 1991, Stevie Reeves one upped them all by scoring two victories at two different racetracks in two different kinds of cars within an 18-hour or so span. In the process, Reeves led the final 49 of 50 laps at Angell Park and the last 80 of the 100-mile contest at Du Quoin for what was his only career Silver Crown win.

Not too shabby that weekend was Stan Fox who recorded 3rd place finishes in both main events while Tony Elliott started both, taking 13th in the midget and 19th in the champ car.

Nineteen years later, five drivers took on the double which, for the first time, had both races held under the lights, which allowed drivers and teams a few more hours of shut eye in between the two events. Tracy Hines scored the midget win but ran 20th in the crown car. Jerry Coons Jr. took 2nd in the midget and 15th with Silver Crown machinery. Dave Darland was the most consistent with 5th place results in both features. Brad Kuhn was 8th in midgets and 16th in Silver Crown. Meanwhile, eventual season midget champ Bryan Clauson fell to 11th at Angell Park and 13th at Du Quoin.

Most recently, in 2021, Angell Park midget podium finisher Justin Grant (3rd) had an unfruitful trip to Du Quoin, bowing out before the start due to mechanical difficulties. Logan Seavey was solid in both, picking up a 5th at Angell Park and a runner-up result down at Du Quoin.

Outside the box of solely Du Quoin and Angell Park adventures, there have been five other occasions in which a driver has won a USAC Silver Crown and a USAC National Midget races on consecutive days at different tracks.

The aforementioned Reeves did the deed in 1991 at Angell Park (Midget) and Du Quoin (Silver Crown). Kenny Irwin Jr. also achieved the feat in 1996 on the dirt at South Dakota’s Huset’s Speedway (Midget) and again the next night on the pavement at Indianapolis Raceway Park (Silver Crown). Jason Leffler scored in 2002 at the Indiana State Fairgrounds (Silver Crown) and at IRP (Midget) for a Hoosier Hundred/Night Before the 500 combo.

Furthermore, J.J. Yeley won seemingly everything in 2003, including on back-to-back nights at the Terre Haute Action Track (Silver Crown) and Kokomo Speedway (Midget). Teddy Beach became the most recent to do so in 2005 at the Indianapolis Speedrome (Midget) and the Indiana State Fairgrounds (Silver Crown).

Grant, Seavey and Kofoid will try to make this weekend’s jaunt from Illinois to Wisconsin just as memorable and make it a dream trip, sleep or no sleep.

Pits open at 1:30pm Central, stands open at 4pm and cars on track at 5pm followed by qualifying and racing.

Sunday’s Firemen’s Nationals will be aired live on FloRacing at https://bit.ly/2ZpafUr.