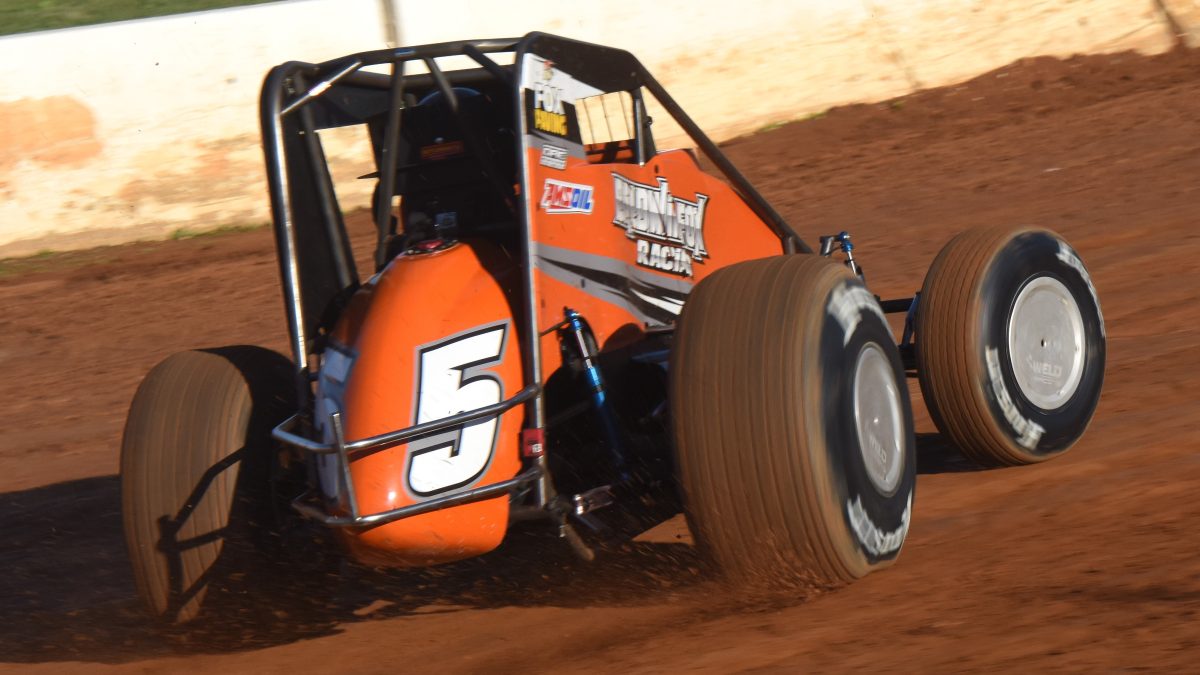 Speedway, Indiana (June 24, 2022)………Wisconsin’s two-step brings the USAC AMSOIL Sprint Car National Championship northbound to a pair of venues that have combined to host nine of the series’ 23 past forays in the state.

Wilmot Raceway’s 3/8-mile dirt oval hosts the series for the first time since a decade ago in 2012 on Saturday night, June 25. Angell Park Speedway in Sun Prairie welcomes the 900 horsepower heavy artillery to the 1/3-mile on Sunday night, June 26, following a seven-year absence, which also marked the series’ most recent trip to the Badger State in 2015.

Seven years later, it’s an irresistible two-race Wisconsin Sprint Car slate that brings with it a number of surgent drivers, mixed with those with experience on the dirt tracks of Wisconsin and those looking to “say cheese” for the initial time.

SURGING SEAVEY
Logan Seavey (Sutter, Calif.) enters as the hottest driver in the series right now with four consecutive podium finishes after winning the USAC Eastern Storm title, which has risen him to within 47 points of the championship lead, third in the standings. He’s been victorious at Angell Park with the midgets during the Firemen’s Nationals of 2019 and was 5th in the USAC NOS Energy Drink Midget National Championship event in September of 2021.

WILMOT’S “ANGELLS”
Both Grant and Bacon share previous USAC National Sprint Car experience in Wisconsin. Grant has run exclusively at Angell Park, taking 14th in 2014 and 6th in 2015. Bacon, meanwhile, has had two successful USAC National Sprint Car excursions in the state, notching two top-fives with a 2nd in 2015 and a 4th in 2014 on the same night in which he was the fastest qualifier.

Ballou took 13th at Wilmot in 2012 before going on to Angell Park where he earned 8th in 2012 and then followed it up with a spectacular victory in 2015. His 10-lap time of 2:28.06 in 2015 represents the USAC National Sprint Car track record for the distance at Angell Park.
The duel for the 2015 Angell Park victory was a splendid battle between Ballou and Leary, where Leary led the first the 17 laps of the 30-lap main event. Leary wound up 3rd in that one for his best Wisconsin performance. He also raced to a 7th at Angell Park in 2014 and 14th in 2012. During his Rookie season of 2012, Leary placed 9th in the finishing order at Wilmot.

HOME SWEET WISCONSIN
For Davey Ray (Davenport, Iowa) and FattFro Motorsports, Wisconsin is basically a home race. Though he hails from Iowa and currently resides in Indiana, Ray has experienced many of his greatest moments in the state. Ray captured midget success at Angell Park as the winner of the 2003 Firemen’s Nationals, then later that year, captured a Badger Midget championship with Angell Park serving as its home base on Sunday nights.

At Wilmot, Ray won multiple Wisconsin wingLESS Sprint features in 2020 while Derek Crane (Racine, Wis.) who won with the series that same season at Wilmot and has been running on a semi-frequent basis on the local sprint car level in Indiana this Spring.

BADGERLAND BOUND
Jadon Rogers (Worthington, Ind.) is Wisconsin bound for the first time this weekend. The 2020 USAC National Sprint Car Rookie of the Year has scored four top-ten finishes with the series this year, including a season best 6th last week at Bridgeport Motorsports Park in New Jersey.

Brandon Mattox (Terre Haute, Ind.), the 2020 USAC National Most Improved Driver, has made 10 series starts in 2022. Alex Banales (Lafayette, Ind.) is a 2022 series Rookie, making six starts, and is returning to action after a feature flip that forced him to miss the last half of Eastern Storm.

Cole Bodine (Rossville, Ind.) comes back to USAC Sprint Car action after making a single start in May of this year at the Terre Haute (Ind.) Action Track. Ricky Lewis (Oxnard, Calif.) has been a USAC West Coast Sprint Car winner this year at Bakersfield (Calif.) Speedway and captured a heat race victory on the USAC national trail in April at Ohio’s Atomic Speedway.

DETAILS:
Saturday at Wilmot, it’s the USAC AMSOIL Sprint Car National Championship along with the Wisconsin wingLESS Sprints, IRA Lightning Sprints and A Modifieds. Pits open at 2pm Central with the grandstands opening at 4pm and hot laps at 6pm. General admission tickets are $30. Kids age 7-11 are $5. Kids 6 & under are free. Pit passes are $35.

Sunday at Angell Park, the USAC AMSOIL Sprint Car National Championship is joined by the Badger Midgets. Pit gates open at 1:30pm Central with front gates opening at 4pm and opening ceremonies starting at 6pm. General admission tickets are $25. Military/seniors $20. Students age 12-17 are $12. Kids age 6-11 are $5. Children age 5 & under are free. Pit passes are $30.
The event will be streamed live on FloRacing at https://bit.ly/3dgONXz.