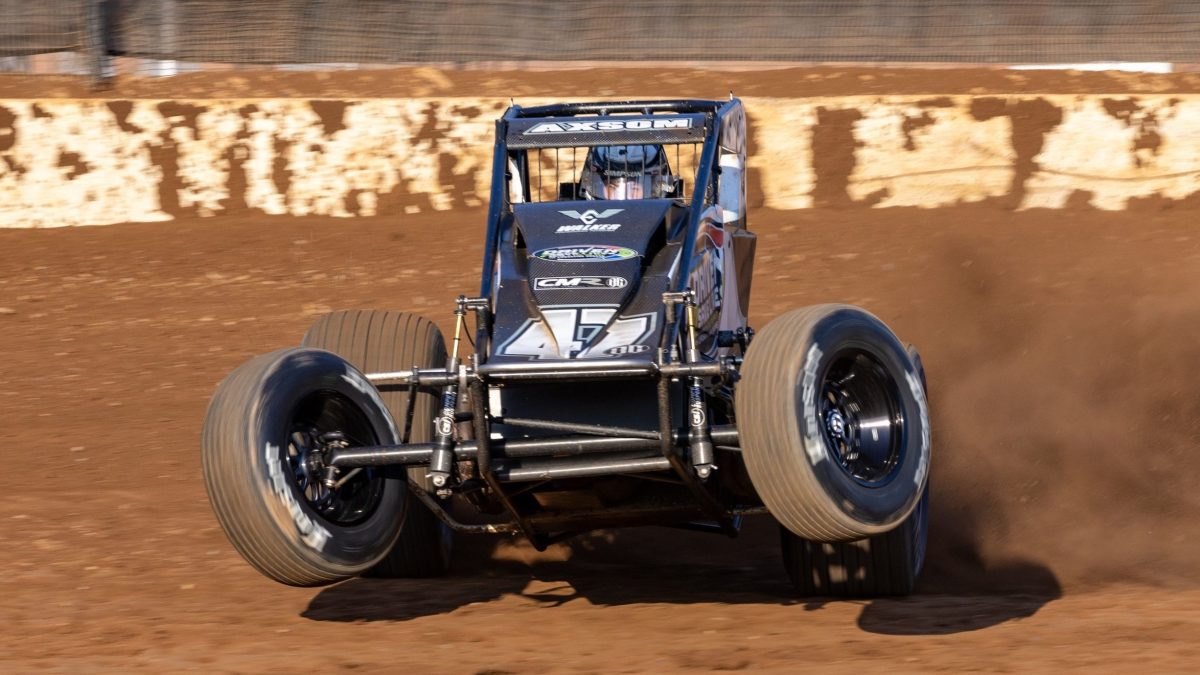 After a seven-year absence from USAC AMSOIL National Sprint Car racing in Wisconsin, it’s back in a big way with back-to-back weekend battles on Saturday night, June 25, at Wilmot Raceway and on Sunday night, June 26, at Angell Park Speedway in Sun Prairie, as part of the CarIQ Wisconsin Jump Around.

Just 23 times have the USAC National Sprint Cars ventured up north to the dairyland. Nine of those dates belong to this weekend’s venues alone with Wilmot hosting four and Angell Park five.

For many, Wisconsin will be a new adventure. For others, such as series champions Brady Bacon and Robert Ballou, they’re seeking to resume their success this weekend after winning each of the last two features held in the state back in 2015.

There’s an abundance of history at the two racetracks, and USAC National Sprint Car racing is no exception. It’s a brief history, albeit the fact that it spans more than six decades. With that said, we get to add a couple more chapters to that book this weekend.

WILMOT USAC SPRINT CAR HISTORY:
USAC National Sprint Car racing’s debut at Wilmot came in 1990 with a pair of events, one winged and one non-winged. Danny Lasoski recorded the second of his two career USAC victories at Wilmot that season, this one for car owner Ron Kohls, by leading the final 15 laps after passing Gib Wiser at the halfway point.

Jack Hewitt demonstrated his excellence later that same year at Wilmot as he recorded the sixth USAC Sprint victory of his personal-best eight-win season. Hewitt led the final nine laps in his Bob Hampshire-owned No. 63 after passing the tormented Gib Wiser who led the first 21 laps before being overtaken.

Four years later, Hewitt of Troy, Ohio continued his stranglehold of the USAC competition at Wilmot which had been postponed by rain nearly four days earlier. This time, Hewitt controlled all 30 laps from start to finish ahead of Rusty McClure, local star Allen Winker, Kevin Doty and Dave Moulis. Side note: Gib Wiser was not in attendance on this night.

The most recent event at Wilmot took place in 2012, and saw three leaders, including Kevin Thomas Jr. who led the bulk of the distance, a race-high 20 laps, until Jon Stanbrough tracked him down with three to go and yanked the rug out from under KTJ’s bid for a first career USAC win. Thomas only had to wait another month before reaching first-time USAC win status at Bloomington Speedway during Indiana Sprint Week.

ANGELL PARK USAC SPRINT CAR HISTORY:
Long deemed “a midget track,” when the USAC National Sprint Cars ventured to Angell Park for the first time in 2001, a curious eye was turned to whether the midgets’ big brother could race successfully.

After all, it was the first non-winged Sprint car race in the storied history of the 1/3-mile dirt oval. Any sense of trepidation was soon lost once cars hit the track and a popular winner emerged with Jack Hewitt scoring the 45th of his eventual 46 career series victories. The win tied Larry Dickson for second place on the all-time career list at the time.

Hewitt led every lap in the 30-lap race in the BWB Racing machine over Dave Darland who nearly claimed a $50,000 bonus posted by the Angell Park race organizers for any driver who could win both the 25-lap Midget and Sprint Car feature on the same night. Darland won the midget feature but came up one spot short in the sprint car night capper.

J.J. Yeley led all but the first three laps of the Coca Cola Showdown at the Prairie 30-lapper at Angell Park Speedway in July of 2002. Tony Stewart, who was en route to his first NASCAR Winston Cup Series championship that same season, led the first three laps before yielding to Yeley on lap four. Yeley led the rest of the way in his ABC Sand & Rock Twister to beat Stewart, who took notice and promptly hired Yeley to drive his sprint car for the following season in 2003.

Dave Darland had won in most of the United States that he had competed in during his USAC National Sprint Car career by the time the 2012 season rolled around. One piece of land he hadn’t yet conquered was Wisconsin where he chalked one up in dominant fashion during a non-stop 30-lap main event that lasted a mere 7 minutes and 42.47 seconds from start to finish.

Jon Stanbrough extended his stay at the top of the USAC National Sprint Car standings and ended his winless drought by late June of 2014 after picking up his first victory of the season after darting underneath leader Kevin Thomas Jr. on a restart with just three laps to go to decide the race.

Robert Ballou came from ninth to finish off the 2015 tour of Wisconsin with his eighth win of the year on his way to the series championship. Ballou cleared C.J. Leary for the lead on lap 18, but Leary came right back at him and slid up in front as they entered turn three. Ballou crossed back underneath to lead at the line for the first time by .037 seconds, then fended off a hard, high-side charge from fast qualifier Brady Bacon.

EPILOGUE:
Jack Hewitt is the winningest USAC National Sprint Car driver in Wisconsin with his three victories all coming at Wilmot (1990 & 1995) and Angell Park (2001).
Dave Darland and Jon Stanbrough have each won twice with Darland taking Wilmot in 2012 and at AMSOIL in Superior, Wis., which marked his milestone 100th career USAC feature victory.
The first USAC Sprint Car victory of Parnelli Jones’ legendary career came in June of 1960 at Wisconsin State Fair Park’s Milwaukee Mile when he captured the first of twin 50-lappers for the USAC Midwest Sprint Cars while 1959 and 1964 champ Don Branson grabbed the second leg.

Three-time series champion Larry Dickson started the 1970 campaign with five victories in the first eight races, including one at Capital Super Speedway when it was paved. Kevin Huntley won at the same track in 1987 when it was covered in dirt and rechristened Impact Speedway. The same venue had the dirt scraped off and was renamed Madison International Speedway where Dave Steele captured a victory in 1997.

Tom Bigelow picked up his 52nd and final career USAC National Sprint Car victory in 1981 at Wisconsin’s Raceway Park in Beaver Dam, a record which lasted 33 years until broken by Dave Darland in 2014. On the other hand, eventual 1983 champ Ken Schrader collected his first career win at the same place in 1982.

Longtime rivals Kevin Thomas and Tony Elliott each tallied Wisconsin wins, Thomas in 1996 at Hales Corners, whose land is now occupied by a Menards, while Elliott corralled one during his first USAC title season of 1998. Jay Drake also notched a Wisconsin win in his USAC Sprint championship season of 2004 at Beaver Dam’s Raceway @ Powercom Park, the same place in which Mat Neely won his first career USAC feature in 2005.

DETAILS:
Saturday at Wilmot, it’s the USAC AMSOIL Sprint Car National Championship along with the Wisconsin wingLESS Sprints, Bumper to Bumper IRA Sprint Series and A Modifieds. Pits open at 2pm Central with the grandstands opening at 4pm and hot laps at 6pm. General admission tickets are $30. Kids age 7-11 are $5. Kids 6 & under are free. Pit passes are $35.

The event will be streamed live on FloRacing at https://bit.ly/3dgONXz.